Here you will find all the articles with the tag: avast.

Avast updated its Ransomware Protection functionality to give organizations an additional line of defense against ransomware threats. According to Avast, the number of ransomware threats rose by 24 percent in 2022 compared to 2021. Hence, Avast revealed a new way to protect small businesses agai... Read more

After talks, NortonLifeLock and Avast have reached an advanced stage in a deal that could be worth $8 billion. The deal has been dubbed a merger of sorts but will see NortonLifeLock acquire all of Avast's shares and list the combination of both companies on NASDAQ rather than Avast's current hom... Read more

NortonLifeLock is in talks to acquire the security software maker Avast, in a deal that may value the latter at $8 billion. NortonLifeLock, which offers cybersecurity software and services, is in an advanced discussion with Avast, with The Wall Street Journal reporting that a deal could be reached ... Read more

Avast has pulled the plug on the department responsible for reselling anonymized data to third parties and apologised: for the antivirus firm, these measures have come just too late in the Czech Republic, where an investigation has already been started into Avast's practices. At the end of Janua... Read more

Avast has sold data of users through an intermediary called Jumpshot. That data should be anonymous and not retraceable to the original user. Research has shown that it was possible to trace the data back to individual users which let to a privacy scandal. Now Avast CEO, Ondrej Vlcek has pulled the... Read more

The French police have taken over and neutralised a large botnet for cryptographic currency mining. The botnet managed nearly a million infected computers. It was the Retadup malware, writes Techcrunch. This malware infects computers and then uses processor power to minimize cryptographic currency. ... Read more 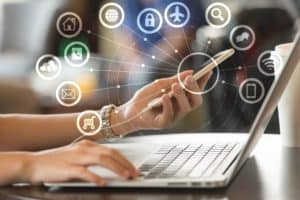 The poor security of consumer Internet or Things (IoT) devices poses a threat to enterprise systems. Such products can connect to the networks of companies. A research team from Stanford University and Avast Software performed antivirus scans on 83 million IoT devices in 16 million households worldw... Read more