Here you will find all the articles with the tag: OCR.

The new PowerToys feature delivers optical character recognition (OCR) to the desktop. Microsoft PowerToys is getting a new utility called PowerOCR that lets you select text in an image and copy it directly to the Windows clipboard, as revealed by BleepingComputer. The new PowerToy is being d... Read more

The services they previewed last year are now released to general availability. This week Google announced the general availability of its Cloud DocAI platform, Lending DocAI and Procurement DocAI. These platforms all use AI to streamline the heavy and work-intenive tasks of document processing.... Read more 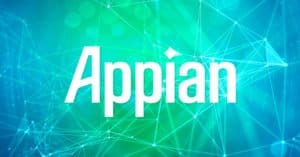 Appian continues to specialize in low-code automation and adds RPA

Appian wants to become the absolute leader in workflow automation using low-code, and if possible no-code. No matter what kind of business processes, Appian will automate them. At least that's the vision the company wants to spread. We spoke to Michael Beckley, Appian's CTO. It's been over a yea... Read more

ABBYY is a company that demonstrates that it can be relevant in both the business and consumer markets. This is done by providing all kinds of different recognition software. Artificial intelligence (AI) plays an important role in this, as this technology greatly improves the ability to recognize o... Read more