A new study by Cogito asserts that 26% of consumers believe artificial intelligence is misunderstood. The survey, which was designed to find out consumers’ understanding of AI, overall perception and use, any fears related to data privacy and regulation, found that 45% believe AI supports employees by making difficult or monotonous tasks easier to complete.

Generally, the study seems to show, consumers’ perception of AI is generally approving (Hollywood dramatic depictions aside), seeing it as a powerful, positive development, but not entirely without hesitation.

When asked about the perception of AI in the workplace, 15% of respondents said they view it as a threat to jobs. One of the most significant findings the study yielded looks at the sentiment consumers have toward regulation and the code of conduct for the AI industry. Only about 17% did not care about regulation in AI-enabled tools.

33% said they would feel comfortable with the technology if federal regulation was increased, with 39% stating they would be less uncomfortable if brands were transparent about their practices.

Should more people be worried?

Close to half the respondents (43%) said they would have a more positive outlook on a company and AI if the companies made what they do with the data collected very clear. The survey seems to show that there is a need for increased federal regulation.

More than two out of three people (77%) are very likely or somewhat likely to trust recommendations from AI-enabled tools, despite 56% admitting they don’t understand what the tools track.

The industry has to come clean and be explicit about a segment of tech that has seen AI ethics teams forced to present AI favorable and even fired when they don’t fall in line. It is a worrying trend that should have more consumers very concerned about the future of everything since AI adoption is seeping into almost every aspect of human life. 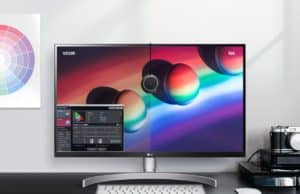