Microsoft has introduced a new edition of Windows 11 that includes Clipchamp video editing and making software. The new release consists of many fixes and upgrades for documented issues.

Clipchamp is accessible to all Windows Insiders who install Windows 11 Insider Preview Build 22572, now provided in the Dev Channel.

According to Microsoft, the new video editing and producing tool is also an inbox app, which means it will come preinstalled on all new Windows 11 machines by default. As the Windows Insider Team explains, Clipchamp comes with standard tools like trimming and splitting.

The new version comes with advanced features, too, including animated text and transitions. It can capture content in real-time and leverage the built-in webcams and screen recorders.

However, what puts it above the rest? The team says its timeline. In designing the new edition, the team kept all the good things about the feature (dynamism and fine-tuning) and discarded the bloat.

Clipchamp also includes a stock library with over a million royalty-free clips, audio files, and photos, as well as a text-to-speech generator powered by Azure that supports more than 70 languages.

It can also link to users’ OneDrive accounts, enabling them to swiftly and safely import files and store videos.

Clipchamp, a video production and editing online tool that can process video utilizing a PC’s graphics processing unit (GPU) acceleration, was bought by Microsoft in September 2021 and might eventually replace the traditional Movie Maker program for Windows and Microsoft 365 clients.

‘Notepad in Windows 11 may get tabs’ 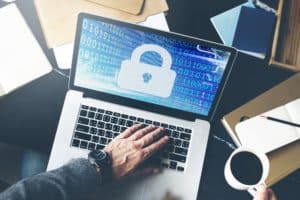