Doculayer’s technology is based on artificial intelligence and machine learning. Users input a series of documents and specify the information they’re looking for. Doculayer analyzes the documents and retrieves relevant data.

Onior, the Dutch parent company behind Doculayer, was founded in 2007 by Richard Smit. The technology has grown rapidly in recent years. The software is used by Ahold Delhaize and KPN, among others.

Over time, Doculayer landed on ProcessMaker’s radar. The American organization develops a low-code automation platform. ProcessMaker recently announced the acquisition of Doculayer. The organization will incorporate Doculayer’s technology into its platform.

ProcessMaker allows organizations to automate business processes without programming. Employees don’t have to go through months or years of training to develop dashboards, forms and applications. The platform is used by several Fortune 100 companies. The organization plans to integrate Doculayer’s technology in the near future.

“Many of our customers still face efficiency issues around the processing of documents, images and emails”, ProcessMaker CEO Brian Reale said. “This prevents them from operating more efficiently despite automation. Doculayer solves this problem. The company has processed more than 500 million documents for some of the world’s largest brands and has dozens of use cases of highly complex processes.”

“Adding intelligence from documents to ProcessMaker’s platform creates a complete vision of process improvement”, Doculayer founder and CTO Richard Smit added. The acquisition is effective immediately. Financial details were not disclosed, as neither company is publicly traded. 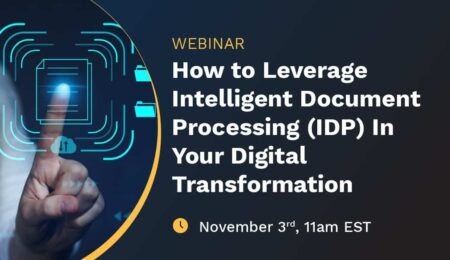