The expansion of OpenSSF emerged after the White House hosted an “open source security summit” that united members from both private and public spheres to debate how to tackle the loopholes in the supply chain.

The meetup – convened after the serious Log4j vulnerabilities – had an immediate impact: Microsoft and Google pledged $5M each to OpenSSF’s “Alpha-Omega Project,” working to enhance security.

This followed after OpenSSF secured about $10M in yearly commitments from the current members, including Facebook (now Meta), Amazon, Microsoft, Google, Oracle, Red Hat, and Ericson.

The most significant development about the existing OpenSSF expansion is the industrial and geographical reach, with companies spanning more “conventional” sectors like banking, etc., and locations varying from Europe, North America to Asia.

In other words, open-source software program security affects all and sundry.

“The time is clearly now for this community to make real progress on software security,” Behlendorf noted in a statement. “Since open source is the foundation on which all software is built, the work we do at OpenSSF with contributions from companies and individuals from around the world is fundamental to that progress.”

Nevertheless, here’s a list of all the members who joined OpenSSF recently: 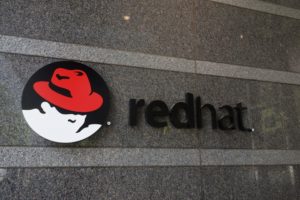