HPE introduces its portfolio of supercomputers under the name HPE Cray. The portfolio is based on the acquisition – and recently completed full integration – of supercomputing specialist Cray.

With the new brand name, HPE is now entering the market for supplying computing hardware capable of handling at least 1018 OPS, also known as 1 exaflop. With these super high-end systems it is possible to work with extremely large datasets and apply AI and analytics-based models to the data or ryb simulations. For example, applications and solutions for defence purposes.

With the acquisition of Cray, HPE was awarded three contracts for the US Department of Energy. Together with chip manufacturer Intel, HPE is working on the ‘Aurora’ supercomputer. In 2021, this should be the first supercomputer suitable for exaflop environments.

In addition, HPE is working with Intel’s competitor AMD on a 1.5 exaflops Frontier system for the Oak Ridge National Laboratory. This supercomputer environment is also planned for next year. Then there is also a 2 exaflop El Capitan supercomputer planned for 2023, which should become the world’s fastest computer. These two supercomputers, Cray’s Shasta systems, will run on CPU’s and GPU’s from AMD.

In addition to the supercomputer contracts obtained from Cray, HPE has now introduced its own portfolio under HPE Cray. This portfolio consists of two basic configurations. The first configuration consists of an air-cooled Apollo 2000 Gen10 Plus data center environment. This environment has four AMD EPYC 7002 nodes in a 2U compute server.

HPE Cray software and an HPE Slingshot network interconnect have been added to this environment. The network interconnect is a 64-port switch and offers up to 12.8 Tbps of bandwidth. Each port has up to 200 Gbps of connectivity and can offer Ethernet Edge or HPC fabric functionality. The edge ports provide connectivity to Ethernet NIC or external routers with connections of 100 GbE or 200 GbE.

The second configuration for HPR Cray is the HPE Cray EX. This is a liquid-cooled system for eight compute chassis environments. It has room for 64 compute blades, each consisting of four dual-socket AMD EPYC 7002 nodes. It offers up to 512 processors. Additionally, the HPE Cray software and HPE Slingshot switch have been added. Both HPE Cray applications are integrated with an HPE Cray ClusterStor E1000 storage system.

Competitors are closing in

HPE is not the only vendor targeting the supercomputing market. Dell EMC and IBM also supply similar systems. In addition, the large public cloud environments are also a formidable competitor. It is often easier to ‘rent’ supercomputer hardware in the cloud instead of purchasing it yourself. For example, the custom Microsoft Azure supercomputer for OpenAI. 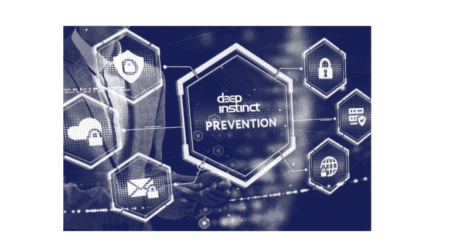