Here you will find all the articles with the tag: TensorFlow.

TensorFlow published a blog on the roadmap they expect to take to scale their existing business. TensorFlow is a free and open-source software library for machine learning and artificial intelligence. The project was authored by Google engineers, and the tech giant remains responsible for its de... Read more

Machine learning professionals interested in hardware acceleration are expected to bring exciting developments to the test bench. This is possible through the recently released TensorFlow framework version 2.8. While the release does not include a host of new capabilities, it develops some of th... Read more 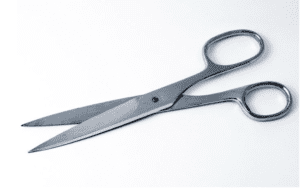 The planned release date of September 27th arrived and passed but with some last-minute adjustments, machine learning on Kubernetes project Kubeflow has finally arrived. Version 1.4 is the second bigger release of the year, which is why the Kubeflow team focused on simplifying operations and st... Read more

TensorFlow splits off Keras and fixes security in v2.6

TensorFlow 2.6, the deep learning framework, is now past the beta testing phase and is moving to general availability. However, machine learning users should be careful since the release has a few breaking changes worth considering before switching over. Among other things, version 2.6 finally d... Read more

Google wants to make the development of AI models based on machine learning even more effortless. The tech giant recently released a new runtime of its TensorFlow platform. This makes the use of machine learning models easier for multiple devices. According to Google, the main reason for the rel... Read more

Google introduces the new open source framework SEED RL, which enables companies to reduce training costs for an artificial intelligence (AI) model. According to the developer, the costs would be reduced by up to 80 percent. SEED RL is built on top of the Google machine learning platform TensorF... Read more

Google has made available an extension to its TensorFlow open source platform called TensorFlow Quantum. It focuses on building artificial intelligence (AI) models for quantum computers. To exploit the potential of quantum computing, which can perform complex calculations that computers are curr... Read more