Networks are becoming increasingly automated and ‘self-driving’ and ‘self-healing’. This development ultimately leads to the intelligent ‘autonomous network’ with which companies and organizations in different vertical markets can create even more value from their IT environment. Such a network is what network specialist Extreme Networks is now striving for, as was shown during the annual end-user conference in Nashville, USA. With the introduction of ‘building blocks’ for these future networks dominated by artificial intelligence (AI) and machine learning, the network specialist is taking a big step forward.

Anyone who talks about the future of networking will soon mention about the fully automated network. This network uses a combination of machine learning, artificial intelligence and policies to create certain workflows. These workflows enable the network to configure itself, repair if necessary, and solve network problems completely autonomously.

Suppliers such as Cisco, HPE-Aruba and Juniper Networks are already working on this under various names. Extreme Networks can also be added to this list. During the second end-user conference, Extreme Connect 2019, it became clear that this future fully autonomous network will also receive the full attention of this supplier.

Extreme Networks calls this autonomous and fully automated network the Human Autonomous Network. The preposition ‘Human’ has been added, as was frequently communicated during the end-user conference, because end-users must always remain central to their business outcomes.

The general roadmap for this Human Autonomous Network, according to Extreme Networks’ Executive Vice President of Product Nabil Bukhari, is designed in such a way that end users will be able to take full advantage of the network strategy and actually realize it.

More specifically, this roadmap consists of five basic ingredients. Firstly, fundamental network products and services. In addition, there are more advanced network services, intent-based networking and automation are around the corner, and attention is paid to cloud-based applications and the associated security applications, whether native or not, in the form of container-based applications.

Finally, the roadmap consists of providing specific apps for analytics, AI and machine learning to improve the quality and performance of the various network solutions. All of this combined has to enable autonomous networking.

The network specialist’s current and future product range is, of course, important for this strategy. These products are divided into three groups: SmartOmniEdge, Automated Campus and Agile Datacenter.

As part of the Human Autonomous Network strategy, all products covered by these groups are now more closely integrated into a number of different focus areas. These areas are artificial intelligence, security, automation, analytics and insights, and the supplier’s software-driven infrastructure solutions and applications.

An additional area of attention is an open ecosystem in which Extreme Networks collaborates with certified existing – and soon also new – partners who can provide end-users with specific solutions or applications.

For the network specialist, this collaboration is really important because it not only leads to more innovation among users but also among the network specialists themselves. Extreme Networks does not need to have the expertise for all the possibilities in-house, but it does have the tools to make these innovations possible in network environments.

In addition, no less than 70 percent of the current product portfolio will be provided with a refresh over the next 18 months. CEO Ed Meyercord told Techzine that this mainly concerns the products that run best.

In concrete terms, this means that these products will be brought to next-generation status. As a result, they will soon meet the latest market requirements for network products, be it hardware or software. The remaining 30 percent of the product portfolio is left as is. However, Extreme Networks will ensure that these products will soon be much easier to roll out end-to-end as well.

In order to make customers and partners more familiar with these specific focus areas, the network supplier announced Extreme Elements during the event in Nashville. Based on the two-letter designation in the Natural and Chemical Periodic System, after the summer, all Extreme products and solutions within the three groups are now available as ‘building blocks’. This allows partners or end users to use these building blocks and create those network solutions and applications that deliver the most value to them, and help them automate their networks.

The partners for Elements include the three major cloud parties AWS, Azure and GCP, virtualization and HCI specialists such as Nutanix and VMware and other data and security specialists like Splunk, ServiceNow and Palo Alto Networks. Moreover, this ecosystem also includes partners for the various market segments in which the network specialist sees the added value of Elements, such as GE Healthcare, Philips (formerly Philips Medical Systems), Axis, Avaya and Poly.

In this way, the network supplier distinguishes itself – in its own words – from its competitors who only provide a mix of different network solutions and applications to set up an autonomous network and give end users little choice about the solutions that they really need for their digital development. Extreme Networks now delivers a complete end-to-end layer, from the edge, to the campus environment, to the data center, and beyond.

Within Elements, existing products in particular have been presented as building blocks, but the intention is that all future network solutions and applications will soon also be available as ‘elements’.

During Extreme Connect 2019, for example, ExtremeAI Security was introduced, which focuses strongly on providing security at the edge of the network and especially at all IoT endpoints. Defender for IoT was previously launched for IoT security. The Extreme Access Platform, a hardware appliance that offers new opportunities for the (ex-Avaya) FabricConnect solutions for branch offices within the Automated Campus portfolio, will also be available shortly.

In addition to the technological solutions, the network specialist also adds ‘human’ elements to this concept. This is technological support, such as through the company’s customer support, and support in the form of consultancy. Strangely enough, human elements also include machine learning, which is added everywhere. Perhaps because the algorithms still have to be fed with human input.

Extreme Elements allows users to set up their entire network in such a way that an autonomous network will eventually emerge from it. The introduction did create some confusion for us. It was not clear if these were new products, or if they were existing products which were re-branded.

Ultimately it is a combination of both, as it turned out after further questions. The components from the existing three pillars that are now also offered under Extreme Elements are combined with new products or building blocks that the network specialist, such as the ExtremeAI Security and Extreme Access Platform products that have already been mentioned. More ‘building blocks’ will be added in 2020, according to Extreme Networks.

In any case, the network specialist also creates special use cases for a number of vertical segments. Especially for the following segments: healthcare, education, government and manufacturing, Extreme Networks considers a fully autonomous and automated network to be useful.

Although the network specialist will continue to focus on its Elements proposition in the near future, this does not mean that it will no longer pay attention to the development of other technologies. Earlier this year, Meyercord already gave us some previews of what the company had in mind, but no official announcements were made about this at Extreme Connect 2019.

Chief Technology and Engineering Officer Eric Broockman was able to confirm that a Linux-based server platform is being developed. According to him, this platform still has a long way to go, but it is part of the strategy that the network specialist has set out for itself over the next five years.

Extreme Networks already works with Linux based on Ubuntu, a Linux distribution that purportedly is particularly popular with customers. These solutions can also be used in combination with various hypervisors. He also indicates that perhaps something Red Hat-related might happen in the near future, maybe related to Red Hat OpenShift, of which version 4 was recently launched.

The Extreme Marketplace is still in the planning phase and will, of course, be added to the Extreme Elements range. The network specialist mainly wants to offer apps that have already proven themselves. These can be generic apps, self-developed applications or soon, whether or not in the form of containers, apps that companies develop themselves. In any case, the Marketplace will soon have to contain those applications with which end users can really do something, according to Broockman.

These will not be thousands of available apps, but certainly quite a few, according to the Chief Technology and Engineering Officer. At the moment, there are about 20 third-party applications that can run on a guest VM on the switches of the network manufacturer. However, there is not yet an app store concept available for this due to licensing rights.

The network specialist is clearly trying to get really on-par with its closest competitors, as we could see during the event. Especially now that the company has the ambition  to provide a fully self-driving and self-healing autonomous network – they even claim to do this already.

Looking at the famous Gartner Magic Quadrant, this means that Extreme Networks is now more or less in second place within the overall network segment. Only the big Cisco is still in front. With Elements, the rest of the product portfolio, and the customer support that is very popular, the network specialist can certainly maintain its position here. The marketing strategy and the value for Elements’ partners and end users still need to be clarified, but with a clear context for the new and future products within this portfolio, this will certainly work out well.

We continue to wonder how Extreme Networks will do this in the near future and what else is still in the pipeline for this year. 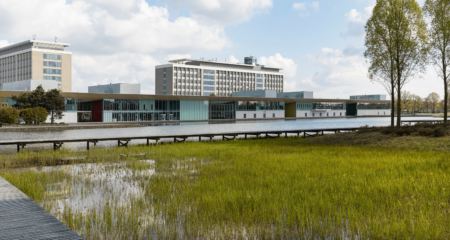