At least one European Parliamentarian wants to see a “positive approach” to the technology.

Europe’s attempt to set landmark rules for artificial intelligence should take a positive approach to reap the benefits of the technology rather than restrict it, European Parliament lawmaker Svenja Hahn told Reuters this week.

The European Commission last year proposed its AI rules in a bid to take the lead in a technology dominated by China and the United States. It will have to thrash out the details with EU countries and EU lawmakers before it can implement the rules.

The Commission proposal envisages fines of as much as 6% of global turnover for violations and strict safeguards for high-risk applications used in recruitment, critical infrastructure, credit scoring, migration and law enforcement.

With the European Parliament and EU countries expected to come up with their negotiating positions by the end of the year, Hahn and other lawmakers are trying to find a compromise.

The potential use of facial recognition applications is expected to pit EU countries looking to use them in law enforcement and security scenarios against the concerns of civil rights groups.

A call for a law that is “innovation friendly”

Hahn, who is also a member of a cross-party parliamentary committee that on Tuesday adopted a report which set out a long-term AI strategy for the EU, said the proposed legislation would benefit by incorporating some of the ideas from the report.

The report said regulators should counter fears about AI by pointing to the role of the technology in combating climate change, promoting innovative healthcare, boosting the bloc’s competitiveness worldwide and reinforce its democratic systems.

“There should be a general positive approach towards artificial intelligence,” she told Reuters, citing the tendency among some to focus on restrictions and prohibitions instead of amplifying the benefits.

The definition of AI and the types of risks as set out by the Commission needs to be improved, Hahn said.

“The whole regulation needs to be innovation friendly. It should not bring other aspects, for example GDPR aspects, into it,” she said, referring to EU privacy rules. 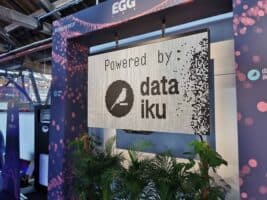