This week Reuters reported that the German trade union Verdi has called for workers at six Amazon sites in Germany to go on strike. The industrial action will take place over four days in the run-up to Easter, a usually busy time in German retail. This action is just the latest attempt to try to force the U.S. e-commerce group to recognise collective bargaining agreements, according to Reuters.

According to Verdi, the strike would take place at Amazon’s sites in Rheinberg, Werne, Koblenz, Leipzig and at two locations in Bad Hersfeld. Verdi is looking ahead to wage talks with Amazon and is demanding a 4.5% pay increase for its workers. The strike is an an “unofficial start” to wage talks for the retail and mail order industry, which are due to begin in the next few weeks.

Amazon is profiting off the COVID-19 pandemic, but workers are not seeing any of it

“Amazon is making a mint in the coronavirus crisis. For this reason alone, wage evasion must be stopped there,” said Verdi representative Orhan Akman.

He added that the 4.5% wage increase they are demanding “must also be possible at Amazon this year.”

Amazon has faced a long-running battle with unions in Germany over better pay and conditions for logistics workers, who have frequently staged strikes since 2013. Germany is Amazon’s biggest market after the United States. 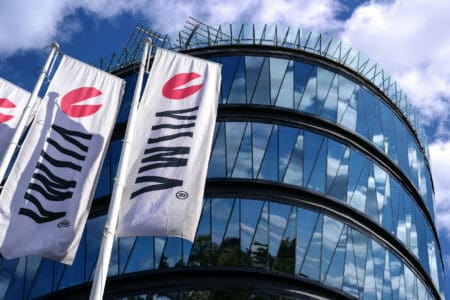