The new service should improve the availability and performance of end-users of AWS customers. User traffic enters the Global Accelerator via the nearest edge location. The accelerator then directs that traffic to the nearest endpoint of an application within the global AWS network. At the endpoint, the application responds via the AWS global network and reaches the user via the most optimal endpoint.

Users are sent to a workload based on their geographic location, the health of the application and other options that AWS customers can set up themselves. The new service also assigns static Anycast IP addresses.

The Global Accelerator is available in a number of American states, parts of Asia, Ireland and Frankfurt.

This should be a way to simplify the network architecture, reduce operational overhead and manage external connections centrally. Transit Gateways also make it possible to enhance existing edge connectivity and route it through a single ingress or egress point.

Users can attach up to 5,000 VPCs to each gateway, each of which can handle up to 50 Gbits per second of traffic. The AWS VPN connections can also be linked to Transit Gateway. 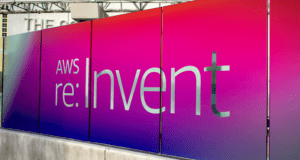