According to Bloomberg, the security specialist is currently in negotiations with banks concerning the IPO. The IPO should take place sometime in the middle of 2022. The security specialist hopes to raise more than its current estimated value of 7.6 billion euros ($8.6 billion). Details on the purpose of the funding are unknown at this time.

In its lifetime, Snyk managed to raise a total of around 1.2 billion euros ($1.4 billion) from private investors, the investment vehicles of Salesforce, Atlassian and others.

Snyk provides a solution for securing the use of open-source code in application design. The platform enables developers to discover known vulnerabilities and license violations in open-source dependencies during project development. Its right to exist was recently demonstrated by the Log4Shell, a vulnerability in an open-source Java library that put worldwide IT on edge.

The platform integrates with existing technology such as open-source repositories like GitHub and BitBucket. In this way, it tracks platforms-as-a-service and serverless applications. The platform also ensures that developers can integrate open source into their development processes without violating licensing conditions.

In addition, Snyk provides functionality for detecting both software vulnerabilities and misconfigured settings of infrastructure. This can be used to prevent vulnerabilities in cloud environments. 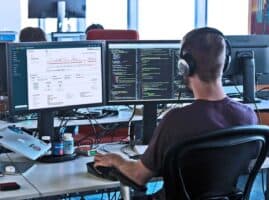