Here you will find all the articles with the tag: software development.

Inflection AI, a start-up founded by DeepMind and LinkedIn, is working to make it simple and easier for individuals to converse with computers and raised approximately $225M in the latest funding rounds. Inflection AI, a relatively new AI start-up, has raised about $225M in funding. The start-up... Read more

The Dutch lead a charge to petition European and national funding agencies to finance more software research. Software researchers from all over Europe are sounding the alarm: in order to maintain a strong international competitive position, Europeans need to commit more financial resources to s... Read more 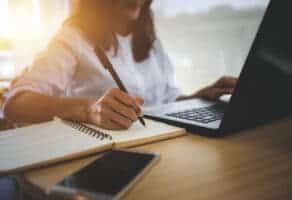 Codecademy, a 40-million user platform designed to learn software development has been obtained by Skillsoft for $525 million, which is a learning platform created for the corporate market Skillsoft Corp., a publicly-traded digital learning service, has purchased Codecademy for $525 million. The... Read more

Python’s first beta version for the year is here and offers some cool features. The point of the beta preview releases is to have communities test the bug fixes and features so that any issues can be reported and improved upon before the full-fledged release. Python 3.10 Beta 2 preview T... Read more

Huawei founder urges the company to switch to software

Ren Zhengfei, the founder and CEO of Huawei, reportedly urged the Chinese telecommunications equipment giant's staff to pivot to software in a major way, to deal with the impact of sanctions placed on it by the US. Ren believes that Huawei should focus on software production since the US will not b... Read more