Here you will find all the articles with the tag: Tensor chips. 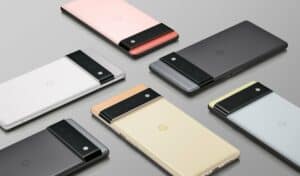 On Monday, Google premiered its new Pixel phones, which feature an AI-optimized Tensor chip. The search giant says that the internally-developed chip has an embedded machine learning model, adding that the Pixel 6 and Pixel 6 Pro will be available in the fall. At present, the Alphabet unit is on... Read more