Recently, the Betty Blocks event took place for the fourth time, near their home base in Alkmaar. The local Vue cinema was transformed into Betty Blocks on Stage for a day. The most important announcement that was made was the collaboration with Microsoft.

During the event, we spoke to the CEO of Betty Blocks, Chris Obdam. What we were particularly curious about was how Betty Blocks distinguishes itself in the market of no-code and low-code. Betty Blocks is the third biggest player in the Netherlands, after OutSystems and Mendix. However, the company is growing extremely fast. Currently, Betty Blocks has about 180 employees, spread over three offices. This year, another 150 employees will join the company. The company has its own offices in Alkmaar, London and Atlanta. In addition, it has partners all over the world.

Obdam says that Betty Blocks wants to stand out, above all, by democratizing software. In the end, everyone has to be able to create software. At the moment, software development is only possible for the happy few, but with platforms like Betty Blocks, anyone can make software. Furthermore, the company focuses mainly on large business customers who are looking for faster or more innovation. According to Obdam, this is where it really distinguishes itself from the competition.

Mendix and Outsystems mainly focus on integrations with large enterprise environments or legacy systems. Mendix has, among other things, associated itself with partners such as IBM and SAP, and with the takeover by Siemens, there is now also much broader support for Siemens platforms. OutSystems, in turn, is mainly concerned with the renewal or integration of legacy systems. With Betty Blocks, this is also possible in many cases, but it is not the focus.

Companies that are looking for more innovation in an accessible and cost-efficient way are at the right address with Betty Blocks, says Obdam. He states that the Betty Blocks payment model is ultimately based on the size of the application, so of how many blocks it consists. This gives the customer the opportunity to start low-threshold and small, and then further develop the product. Many other parties use a user-based pricing model. This means that the more users use an application, the more expensive the low-code platform becomes. For some customers, this is not a problem, but others do not like these conditions.

Underestimating the effect of Microsoft as a partner

Obdam says that Microsoft took the initiative to approach Betty Blocks for a partnership. Initially, this was taken up internally as something interesting, but there wasn’t immediately a huge focus on it. The company is growing very fast on its own, so a lot of attention is being paid to that. It wasn’t until the collaboration became more concrete, and when it was discussed in-depth, that Betty Blocks only began to realize that collaboratiing with Microsoft really is a big thing. In Obdam’s words: “we don’t originate from the Microsoft-corner.”

Microsoft is now going to give a boost to Betty Blocks through Azure, but also through the sales team. They are going to Betty Blocks to the market and sell their products together. Betty Blocks is, therefore, also training Microsoft people. The Betty Blocks Cloud is currently already running on Azure, so nothing has changed regarding that. For customers, this hosting will be included in their subscription, but will be based on a fair use policy. If applications become really popular and require a private cloud environment, Betty Blocks will give a heads-up.

When asked whether Betty Blocks is looking towards a takeover by Microsoft, just like Siemens has taken over Mendix, Obdam argues that this is not a goal. “Betty Blocks is growing very fast, the company is stable, we see good profits, and we are a private company without venture capital.” He also thinks that independence provides a market advantage. Of course, it can never be ruled out, but it is certainly not a goal.

Easy entry with proof of concept

Potential customers who are considering using Betty Blocks can get in fairly easily. The sales method consists mainly of developing a proof-of-concept together with the customer, as well as taking first steps together with the customer with the development of the app. In this way, the customer sees that the product works. In this way, it is also easy to calculate how many modules are needed and what price tag is attached to them. The entry fee is 1000 euros per month. This makes Betty Blocks certainly not only suitable for enterprise organizations: it can also be very interesting for small and medium-sized enterprises. 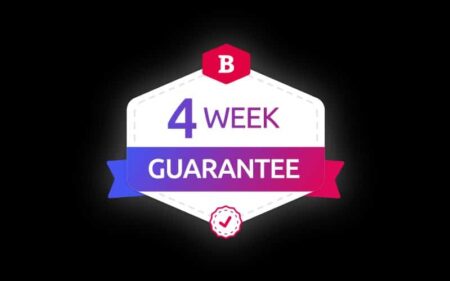 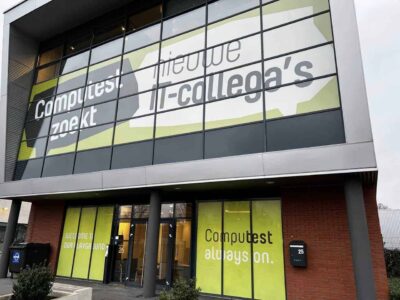