Companies seem to be opting more and more for a multi-cloud strategy. After all, this would improve the performance of the IT environment, as cloud technology is deployed that is most suitable for a workload or application. In fact, according to cloud services provider Rackspace, it’s difficult for a business to get around a multi-cloud strategy because of its benefits. We talked to Sales Director Northern Europe Bert Stam, about Rackspace’s move to the multi-cloud.

Rackspace has grown by providing managed hosting. It uses its own data centers, which are used to build private cloud environments for customers. Rackspace now offers customers a choice of cloud technologies, as well as support for businesses with on-premise needs. The opportunities and tastes Rackspace offers around adopting the technologies have grown to such an extent that the company wants to position itself as the ideal partner for adopting a future-proof multi-cloud strategy. One that goes beyond the current approach to business and truly embraces an infrastructure with multiple cloud computing and storage services.

See how a specific step is best implemented

During our conversation, Stam emphasizes that such a strategy can be particularly interesting for companies because of the new business opportunities that arise. The cloud solutions are used to be able to innovate quickly and on a large scale, which is also called digital transformation in the current market. With digital transformation, Stam simply refers to the further expansion of products and services by means of technology. In today’s world, this is a phenomenon that you cannot ignore.

Multicloud may be the key to this, but Rackspace believes that in order to implement this strategy properly, you need to think about what you want to achieve by taking the step. That way, it will become clear what your ‘multi-cloud journey’ ideally looks like. For example, if you’re looking to cut costs, some of your company’s platforms may need to be migrated to a specific cloud. Rackspace helps by looking very closely at a company’s solutions to determine whether the solution has a future in Software as a Service (SaaS), Platform as a Service (PaaS) or Infrastructure as a Service (IaaS). In particular, Rackspace is paying more and more attention to governance, as the impact of change has an impact on, for example, security and compliance. This is a change impact that affects both technology and people, both need to be able to deal with your company’s new strategy.

Innovation difficult to keep up with

If a company actually takes the step to a real multi-cloud, it will often be a mix of the IaaS of AWS, Microsoft Azure and/or Google Cloud. This in combination with a number of SaaS solutions, for example from SAP, Salesforce or Oracle. According to Stam, all these hyper-scalers currently determine the innovation process. For example, AWS is known as an IaaS and PaaS vendor, Google Cloud is praised for its analytics capabilities, and Azure is doing well among developers.

Stam gives AWS as a specific example of a player with a lot of innovation. The cloud provider has just finished its annual re:Invent conference, where hundreds of new features have been announced. As a company, you might be able to do something with this to further promote your innovation process, but then you need to know about the new functionality. AWS has created an enormously dynamic world; sometimes, it is difficult to keep up. Ultimately, this also applies to other IaaS and SaaS vendors. Rackspace has found the solution by having consultants who specialise so they can help customers get the best out of their cloud environments.

At the end of the day, given the benefits, Rackspace really hopes that customers will embrace the multi-cloud, something for which it has taken the necessary steps in addition to specialisation. For example, it is working to build as independent an image as possible. In the past, for example, attempts have been made to set up their own public cloud based on OpenStack. Although this own cloud still exists, little development is taking place on it anymore. About two years ago they said “if you can’t beat them, join them”, so the own cloud is active in a niche market and more managed services have been developed on top of the three hyper-scalers.

Recently, this change in strategy has resulted in the introduction of so-called ‘service blocks’. In these service blocks Rackspace packages, as it were, its managed services and professional services. The managed services part is mainly about managing and optimising a company’s infrastructure stack, while professional services are more focused on advising on the adoption and acceleration of the cloud.

By combining both professional and managed services, Rackspace aims to help its customers be as focused as possible. If your organisation is at the start of the cloud adoption process, then cloud enablement, acceleration and consultancy blocks are available. But it may also be that a business wants to embrace more of a DevOps approach, for example. In that case, Rackspace uses its service blocks to make DevOps consultants available.

By now, there are so many service blocks that companies at all levels can be assisted in deploying the public and multi-cloud. By combining the service blocks, the customer needs to be supported as well as possible with his company-specific situation. According to Stam, this also reduces the need to think about verticalisation. He does state that Rackspace is looking at the government as a separate vertical, and in the UK they are setting up a team for that, but for the time being the service blocks offer sufficient optimisation options for each segment. After all, the service blocks can be adjusted where necessary.

We also asked Stam during our conversation if there is already a good example of applying service blocks in practice. He indicated that Rackspace is about actually implementing a project. A customer knocked on Rackspace’s door with the message that the contract for its data centers would end in 2021 at the latest. This customer was also walking around with the idea of making their online services much more personal to their users. A cloud transition in partnership with Rackspace is going to make this easier.

The entire migration process of the company in question will start at the beginning of January. By the end of 2020, all applications must be SaaS or ‘lift-and-shift’ to the public cloud. Lift-and-shift means that the workloads will be migrated 1-on-1 to the public cloud and that further optimisation has yet to take place.

According to Stam, more and more customers are dealing with such issues. Although in this specific case, AWS was the desired cloud provider, practice shows that all kinds of combinations and choices are possible. In that respect, the multi-cloud is becoming more and more a reality. Stam observes this, but other sounds we hear from the market also seem to indicate this.

In that respect, it’s a good thing that a player like Rackspace is working on further optimising its offer for the multi-cloud. After all, it’s an important party to consider when shaping your cloud strategy. That’s why we’re looking forward to seeing what Rackspace is going to do to support its customers even further. 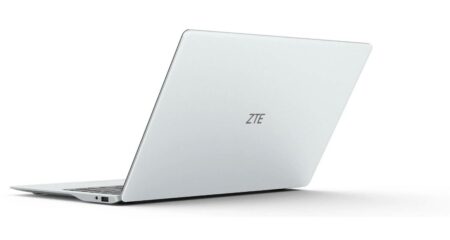 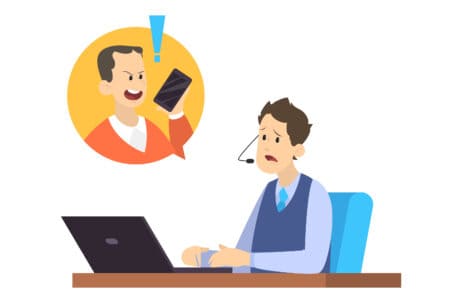