Huawei announces an AI chip called Ascend 910. The chip would have a very low energy consumption of only 310 watts. Also, the computing power would be very high compared to other AI chips.

Originally, the chip would have had a power consumption of 350 watts, but this is now even lower, reports ZDNet. The speed of the chip is maximum 512 teraflops. According to Huawei, this means the fastest AI chip produced to date.

The Chinese company also announced general availability of the MindSpore AI framework. MindSpore is a solution for building and improving AI applications and tools. The framework supports cloud, edge and device-based AI and would allow developers to create AI models more quickly and easily.

“In a typical neural network for natural language processing (NLP), MindSpore has 20 percent less core code rules than leading frameworks on the market, and it helps developers increase their efficiency by at least 50 percent,” says Huawei. The company also claims that the framework in combination with the Ascend 910 chip can train AI models twice as fast on Google TensorFlow. This compared to the current mainstream AI chips.

Huawei plans to deliver a full AI portfolio. Eric Xu, rotating chairman at Huawei, says: “Everything goes according to plan, from R&D to product launch. We promised a full AI portfolio for all scenarios and today we delivered it with the Ascend 910 and MindSpore. This marks a new phase in the company’s AI strategy.” The MindSport framework will also become open source in 2020.

Ren Zhengfei, CEO of Huawei, previously addressed his staff quite dramatically, stating that the company was in a life-and-death situation as a result of the trade war with the US. With the release of the Ascend 910 and MindSpore, the Chinese tech giant seems to be back on track. In a report from Reuters, Xu reported that the company’s consumer division suffered less from the trade war with the US than previously expected.

Google is embroiled in internal struggle over AI research 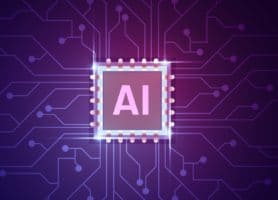 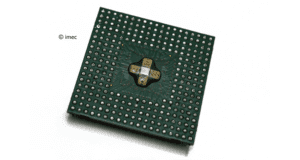 KU Leuven and imec present DIANA: the first AI chip of its kind