A paper by Google shows that the tech giant is working on a new version of its AutoML, with which better algorithms can be developed. The new version will be called AutoML Zero. This should make it easier to develop self-learning algorithms with Google’s cloud-based development suite for artificial intelligence (AI).

At the moment, many parameters still need to be adjusted manually via Google‘s AutoML, before the machine itself can continue to build the algorithm. This is essential for the final optimisation. With AutoML Zero, this step can be automated, possibly eliminating the human bias.

Google wants to achieve this by having a machine generate a hundred random algorithms, and then the machine itself tests which algorithm works best. After several attempts, the machine learns what does and does not work and learns to solve new problems.

Without a human defining the basis of an algorithm, the human bias is taken away. With AutoML Zero, the AI is therefore free to set its own frameworks for an algorithm and can therefore possibly come up with solutions that people have not yet come up with. 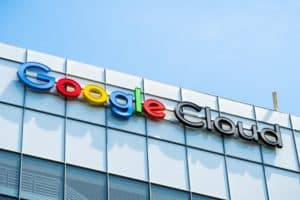