IBM has taken another step to become more involved in multicloud storage. It concerns a less complex portfolio for storage hardware and a new NVMe capability in IBM Spectrum, reports Silicon Angle.

IBM’s storage systems portfolio is improved with new Storwize systems, smaller FlashSystems, better RAS and capacity for DS888X mainframe storage devices. In doing so, the company is trying to simplify its hardware and software components in its portfolio.

The company NVMe has also expanded to include the majority of its portfolio. Wikibon has been recommending since 2017 that enterprise users place NVMe in applications for proposals for scalable hardware. IBM also offers this and has extended its support for NVMe to fabrics. This enables simpler upgrades for the administrator and financial teams. In addition, Spectrum will have additional NVMe capabilities in 2019.

IBM has also added a new product to its Spectrum portfolio. It concerns Spectrum Discover, with which unstructured data can be catalogued. The solution provides metadata capture, activation and improvement of workflows to accelerate tasks and processes, an improvement for data governance and an optimization for data placement. The solution initially supports IBM Cloud Object Storage and Spectrum Scale, but also Dell EMC Isilon in 2019.

The storage solutions of the company get further improved “breadth-first ML ITOM”. There is a difference between using machine learning for depth-first IT operations management and breadth-first ITOM. The former uses a salesman’s knowledge of a product to improve the performance of that product. Breadth-first ITOM looks at groups of components and optimizes these groups against broader performance targets.

IBM Storage Insights extends the use of artificial intelligence for storage to the storage network. The cloud-based service diagnoses points where it crashes and sends an alarm to IBM employees, who can call users with suggestions to solve the problem.

Finally, IBM announced support for specific applications. The vast majority of SAP is ready for cloud migration, partly because of SAP’s HANA option. IBM has introduced a subfamily of storage hardware and software products that has been awarded the SAP TDI certification. 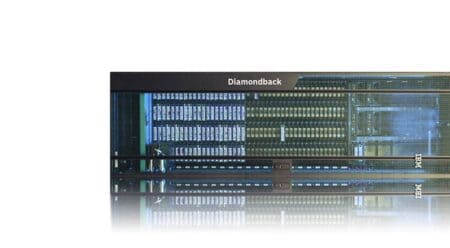