The users were even unhappier when they found out that they would only get support till the end of this year instead of 2029. It seems that CloudLinux’s ears aren’t deaf to this injustice and have swooped down to rescue CentOS 8 users. CloudLinux has said it will give updates and support for CentOS 8 through December 31, 2025.

Organizations running CentOS 8 have received a lifeline with this announcement, which gives them more time to work out which Linux distro they want to be on. Otherwise, they would have had only a few months to make decisions, which could be wrong if hasty.

If you asked CloudLinux what they want CentOS 8 users to do, they would say ‘move to CloudLinux OS.’ The reason is that it is a customized business Linux based on RHEL and CentOS, with a design that lends it to companies in need of a high-performance, lightweight server for multitenancy web and server hosting companies.

Another alternative would be CloudLinux’s own CentOS 9 fork, AlmaLinux. CloudLinux reps spoke to ZDNet writer Steven J. Vaughan-Nichols about this saying CentOS 8 customers asked for support extensions to decide whether their next move will be to RHEL, a CentOS 8 fork like AlmaLinux or Rocky Linux, CloudLinux OS, or another branch of the Linux family like Ubuntu.

For that reason, CloudLinux opted to keep supporting CentOS 8 for a few more years. The new CloudLinux TuxCare Extended Lifecycle Service includes 24/7 support and updates for system components on Linux OSs that aren’t supported by their original vendor (at their end-of-life date.) 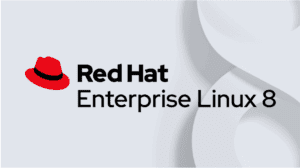