The share price of telecom giant BT Group is rising following reports of a possible acquisition by Reliance Industries.

Earlier today, the Economic Times published an article suggesting that Reliance Industries is considering a bid to acquire BT Group. The share price of BT Group shot up. Although Reliance Industries has since denied the intention, the statement does not (yet) appear to be affecting the rising share price. BT Group’s share price is currently 7.4 percent higher than at this morning’s market opening.

India’s Reliance Industries is the parent company of leading organizations in telecom, gas, textile and media. One of its subsidiaries is Jio, the world’s third-largest telecom company.

In September of this year, Reliance Industries made the news after posting a bid to acquire the Dutch arm of T-Mobile. Although private equity firms Warburg Pincus and Apax overbid and walked away with T-Mobile Netherlands, Reliance Industries’ move stands as one of many examples underlining its growth ambitions in Western Europe.

Earlier today, the Economic Times published an article with a rumour that fits right in with the ambitions mentioned above. Reliance Industries is said to be interested in acquiring British telecom giant BT Group. The Economic Times says it heard about the plan from several people familiar with the matter.

Reliance Industries responded by rejecting the suggestions in the article. “We deny any intention to place a bid for Group BT. The article is unfounded and speculative”, states a spokesperson. 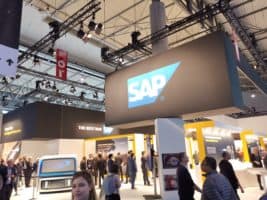