Oracle has been announced as the official cloud provider of the Premier League. With Oracle’s AI features, viewers will see more relevant information and statistics during matches.

During the 2021/2022 season, football viewers will get to see a number of new forms of information called Match Insights – Powered by Oracle Cloud. The information will be shared during global broadcasts and on Premier League social media.

Examples of the information provided by Oracle’s AI are instant results based on live data, real-time tracking data and the thousands of matches all players have played in the past. This produces data like the average formation of a team, giving the viewer an idea of how a team has distributed itself across the field in certain situations in the past.

A calculation is also made of how likely it is that each of the two teams will win. This is done on the basis of 100,000 simulations of the remainder of the match, based on four years of data. This includes whether a team is home or away, what the current score is, whether penalties have been awarded, which players are on the pitch, whether red cards have been handed out and the time left in the match.

Finally, the Premier League talks about a so-called Momentum Tracker. It calculates the probability of a goal being scored in the next ten seconds. It looks at thousands of matches in the past and the last five times the same situation occurred. The results of passes, dribbles, tackles and their location are all taken into account.

Ariel Kelman, Oracle executive vice president and chief marketing officer, said: “Combining Oracle’s machine learning expertise with the Premier League’s wealth of football data is a significant merger of technology and sport. The margins for error in the Premier League are very small, so the data is crucial to discovering the meaningful moments and stories of each match. It’s those stories that unite fans and ignite their passions for the game.” 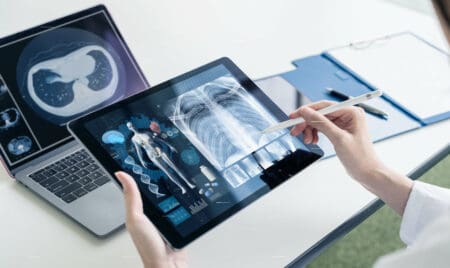