In recent days, the value of bitcoin has risen to new record heights. This is mainly due to the actions of Elon Musk and his company Tesla, but Apple might also want to enter the crypto market.

Car brand Tesla recently announced that the company will accept bitcoin as a means of payment and even want to keep a cash reserve of the digital currency. The company also announced its intention to invest one and a half billion dollars in the currency. The announcement was preceded by several tweets from Musk about crypto currencies dogecoin and bitcoin.

This speculation has already caused the value of dogecoin in particular to skyrocket. After Tesla’s official announcement, the value of bitcoin also skyrocketed. In just a few days, it has risen from around 32,000 euros to almost 40,000 euros.

But Tesla is not the only company showing interest in cryptocurrencies. There are rumours that Apple also wants to join in on the fun. Market analyst Mitch Stevens of RBC Capital Markets suggests that Apple could make tons of money if the company adds support for crypto coins to Apple Wallet.

“The wallet initiative appears to be a clear multi-billion dollar opportunity for the firm (potential for well over $40 billion in annual revenue with limited R&D),” Stevens wrote in a note obtained by Bloomberg.

According to the RBC report, Apple is a very suitable company to take such a step. The company has already set up a solid and secure ecosystem, which benefits the accessibility of cryptocurrencies. If Apple were to take such a step, it would most likely become the largest shareholder of cryptocurrencies in the United States, the RBC report further states.

Whether Apple will actually act on the report is not certain. In 2014, the company banned all cryptowallets from its App Store, although it later reversed that decision. However, it is still not allowed to mine cryptocoins on iPhones or use an Apple Card credit card to buy crypto coins, Reuters writes. 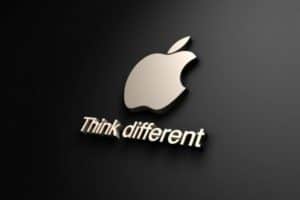 Apple shows off its new updates to Keynote, Pages, and Numbers