Here you will find all the articles with the tag: Facebook.

The Irish Data Protection Commission (DPC) has fined Facebook's parent company, Meta, €17 million ($18.6 million) for a series of past data breaches. The security flaws in question, which appear to have impacted up to 30 million Facebook users, trace back many years and were reported to the Ir... Read more

In an interview, Ireland's data privacy authority indicated that EU-US data transfers by Meta-owned Facebook and Instagram might be blocked as soon as May. Still, the decision would not immediately affect other large tech companies. Due to fears that U.S. government monitoring may not respect E.... Read more

"This is not a final decision," a spokesperson for the tech giant was quick to comment. Facebook has received a “revised” preliminary decision from its lead EU privacy regulator this week. The decision could have implications for its ability to continue to export user data to the US. This i... Read more

The new legislation will have a sweeping impact on U.S. tech giants EU lawmakers and countries could reach a deal on proposed tech rules by the end of June, according to Reuters. The new laws would force online platforms to better police the internet. The agreement looks likely, despite differe... Read more

Two ministers from Germany and France say that Meta's withdrawal from the European market will suit them just fine. The threat by Meta Platforms to quit Europe because of disputes over privacy rules met with aplomb by two top German and French politicians, according to a report in Bloomberg. ... Read more

Meta, the parent company of Facebook, is threatening to blackout its social media platforms in Europe if the European Union continues to push EU-US data transfer measures. According to the social media giant, the processing of user data between countries is essential for service delivery and tar... Read more

Facebook parent company Meta recently published its yearly results. Especially the profit in the fourth quarter was lower than expected. The expectations for the first quarter of this year are everything but optimistic. Meta shares plunged 23 percent in hours. Meta presented the quarterly and an... Read more 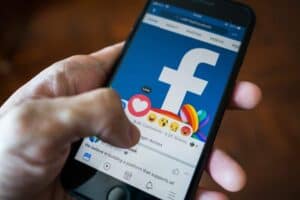