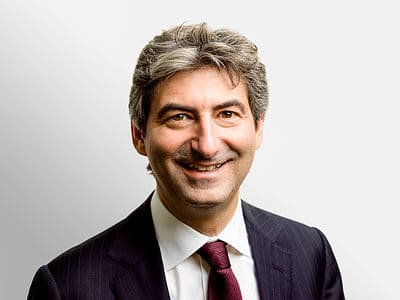 All nations, organisations, and individuals are interconnected and interdependent, following almost a century of globalisation. One area where this rings especially true is the digital economy, which relies on American processors such as Intel or AMD, and chips from TSMC in Taiwan. The question of sovereignty in the context of globalisation is really a matter of relative independence – how can the European Union or an individual country maintain enough independence so it can pursue policies that align with its values?

EU sovereignty and the cloud was the topic of a recent Scale-Up Europe event organised by French Tech Berlin. I was honoured to be invited to share my thoughts and recommendations on the subject.

The digital economy and the cloud

Critical to the ability of both enterprises and nations to remain competitive, is their digital infrastructures, and that includes their cloud strategies. In the context of the fourth industrial revolution, which is transforming business processes in almost every area of the economy, organisations and governments cannot afford to fall behind when it comes to building and maintaining effective digital infrastructures. While the EU needs relative independence in order to shape its own policies such as GDPR, it must also ensure it has access to cutting-edge digital technologies to remain a strong global player.

In addition to policies, the jobs of the future are also at stake. The most valuable positions are those that cannot be automated, those requiring care, creativity, and adaptability to real-world situations. If the leading forces in the digital economy are all foreign companies, it is likely that over time, it will have a negative impact on European technology jobs.

As for the public cloud, AWS, Microsoft and Google hold a 72% market share in Europe. These US companies are not only market leaders, but also technical leaders. In contrast, the market share of European cloud providers has dropped from 27% in 2017 to 13% today. And compared to US businesses, European organisations have been slower to adopt cloud technologies due to concerns around security and data residency – ultimately hindering their digital effectiveness.

To ban European businesses and governments from leveraging major US public cloud solutions would be unwise. And to do nothing would be equally unwise. The former would result in decreased competitiveness, and the latter in decreased independence.

Instead, the EU must encourage European businesses to adopt various cloud technologies, and promote new interoperability standards and the emergence of European cloud leaders. This can be done in four ways.

Vendor or customer lock-in is not a new term. Leading computer industry businesses, including public cloud providers have, for a long time, followed a strategy that makes their customers dependent on their technologies. This is not beneficial for digital efficiency. Enterprises must be able to adopt a truly hybrid and multi-cloud strategy, where they can select the cloud infrastructures that are best suited to each of their use cases. The EU must take a role in promoting the establishment of interoperability standards between clouds.

Since the IT industry is driven by innovation, it is one of the more challenging sectors for mid-sized businesses to be sustainable. They simply don’t have the funds of larger companies to dedicate to R&D. To enable the emergence of European leaders, European customers must be encouraged to favour products from European businesses over non-European ones. This will have a major impact, enabling European companies to build critical mass, increase their R&D budget, and gain an edge against their competitors.

The EU boasts only a few cloud infrastructure scale-ups, especially ones with an international presence. While scale-up financing has improved over the last decade, these growing organisations remain under-funded in comparison to their US-based counterparts.

Over the next ten years or more, we will see a combination of private cloud, public cloud, and the edge, along with new and potentially paradigm-shifting technologies such as blockchain or quantum computing. In a constantly evolving industry, in order for the EU to remain competitive and relatively independent, European businesses must become leading players in the digital economy.

This article was submitted by Scality.