At next week’s re:Invent conference, Amazon Web Services (AWS) will host the AWS DeepRacer League for the second time, a race with radio-controlled cars that are provided with different machine learning models, by developers. AWS showed a new model of the car, which uses LIDAR (LIght Detection And Ranging) for the controls.

The miniature car can be configured by developers with adapted autonomous driving. According to Silicon Angle, the AWS DeepRacer League plays a fairly important role in the communication with developers. As a major provider of machine learning services, AWS has an interest in engaging as many developers as possible in machine learning, and AWS’s RC car appears to be helping to achieve that goal. Jeff Barr, Chief Evangelist at AWS, reported that so far, tens of thousands of developers have participated in the races held so far at the company’s events around the world.

The AWS DeepRacer has even helped the supplier to win additional orders from companies. “We have seen that DeepRacer has sparked interest in machine learning from our enterprise customers, and has inspired them to start multiple production-grade ML projects,” said Barr.

The new DeepRacer Evo model, unveiled today by subsidiary Amazon.com, enhances the original design by using an additional LIDAR sensor and two depth-sensing stereo cameras. The model will be available in early 2020. A sensor kit will also be available to allow developers to upgrade their existing cars.

AWS plans to increase the number of AWS DeepRacer League matches it organises worldwide to 54. In addition, the company will add two more types of matches. A type where the participants equip their cars with AI that can navigate along and/or over obstacles, and a type where DeepRacers just compete against each other on the same track.

“The added sensors will enable DeepRacer Evo to skillfully detect and respond to obstacles, including other DeepRacers,” Barr said. “This will help you to learn even more about the exciting field of reinforcement learning, which is ideal for use in autonomous driving.” 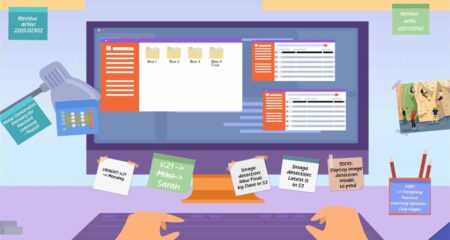