ABBYY has announced that they are going to launch NeoML, an open-source library that will allow you to build, train, and deploy machine learning models. NeoML can support deep learning and traditional machine learning. It is optimized for applications deployed in a cloud environment, mobile devices, or desktop setup.

ABBYY claims that with NeoML, users will get 15 and 20% faster performance for image processing models that are pre-trained and running on any device. The comparison for these numbers is possible with benchmarking that the firm did on a popular open-source library.

NeoML promises to be a universal tool that can process and analyze data in many ways. They include video, text, and image, among others. It supports Objective-C, Java, and C++ for now, and Python will be added after a short while.

The library is cross-platform in a complete way with a single code base capable of running on all the major OS, including Linux, Windows, macOS, Android, and iOS. The developers made optimizations for both GPU and CPU processors.

With the combination of high inference speed and platform-independence, this becomes an ideal library for mobile solutions that need seamless user experience and on-device data processing.

Developers will be able to deploy their models in object identification, predictive modeling, and verification. Banks can come up with models that predict customer churns and manage credit risk, among other functions in various industry niches.

Ivan Yamschikov, the AI Evangelist at ABBYY, said that “the launch of NeoML reflects our commitment to contribute to industry-wide AI innovation.” ABBYY has an excellent track record with over 400 patents and patent applications, the world over.

NeoML is available under the Apache License 2.0 and can be found on GitHub. 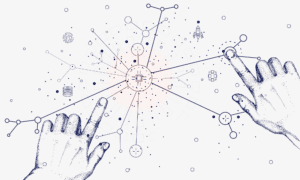