Intel subsidiary Mobileye recently filed for a US initial public offering (IPO), gauging support for a healthy stock launch even though the market for IPO’s has collapsed.

The global IT IPO market is experiencing its worst slump in nearly twenty years. According to statistics from Dealogic, US listings have garnered slightly more than $7 billion this year. Traditional IPOs, barring initiatives by special-purpose acquisition companies, garnered a record $154 billion last year.

Mobileye is an Intel subsidiary that develops technology for self-driving vehicles. The company’s upcoming IPO, which follows Porsche’s spectacular launch in Europe, may be an early indicator of improved market enthusiasm.

If Mobileye’s launch is received well, it may inspire other prominent companies like Instacart, Reddit and ServiceTitan, which delayed their IPOs earlier this year due to destable market conditions. Earlier this month, life insurance and retirement company Corebridge Financial raised $1.68 billion in the year’s largest IPO, defying market turbulence and breaking a seven-month hiatus in significant listings.

According to its IPO filing, Mobileye recorded sales of $854 million in the first half of 2022, a 21 percent increase over the same period last year. Mobileye’s revenue totalled $1.4 billion in 2021. In April, Reuters reported that Mobileye had hired Goldman Sachs and Morgan Stanley to plan for the self-driving vehicle subsidiary to go public.

Mobileye said the lead underwriters are Goldman Sachs and Morgan Stanley in its filing on Friday, intending to float its stock on the Nasdaq under the term ‘MBLY’.

The company has not yet declared a price range for its IPO, but Reuters reports that it may aim for a value of $50 billion. Furthermore, according to a source familiar with the matter, Mobileye may cut its IPO valuation estimate owing to unfavorable market circumstances. 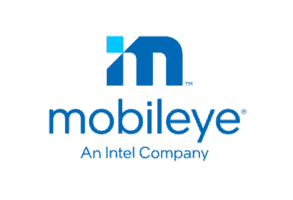