Broadcom has commented on the pricing of VMware’s portfolio for the first time since the acquisition’s announcement. According to a blog post by CEO Hock Tan, there are no price increases on the table.

No price increase in sight

In the case of VMware, Broadcom wants to focus on the company’s business model, expanding its R&D activities and helping customers get the most out of its portfolio. Raising prices has no place in this, Tan noted in his blog post.

Instead, when the acquisition is finalized, Broadcom will invest in VMware’s portfolio. The goal is to provide VMware’s solutions and applications to even more enterprise customers while further expanding its market footprint.

VMware Tanzu appears to be saved

The CEO indicated that Broadcom will work on profiling VMware as the all-encompassing management software for various workloads in multi-cloud environments.

He confirmed that Tanzu, VMware’s cloud-based application development platform, isn’t going anywhere. Earlier rumours gave the impression that Broadcom considered discontinuing the platform. According to the CEO, Tanzu is an important part of VMware’s proposition.

No news on licensing subscriptions

Tan did not comment on the shift to subscription models that VMware has initiated. The company recently announced new subscription models similar to those announced for vSphere+ and VSAN+ earlier this year. Despite the apparent shift, VMware says that traditional on-premises licenses will remain available. 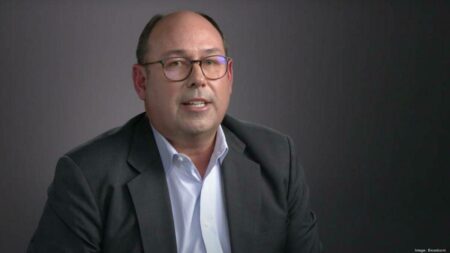