Big Blue accused the UK-based company of abusing their partnership to pilfer technology.

IBM has issued a press release on November 21, claiming that “Micro Focus has brazenly stolen IBM software and we are going to protect IBM’s product development investment from Micro Focus’ illegal tactics”.

“We’ve made significant investments over many decades in research and development of our industry-leading IBM mainframe system technology, to the great benefit of our trusted partners, our customers and the global economy. We will aggressively defend IBM’s intellectual property against those who attempt to steal it.”

Indeed, the complaint is a very strongly worded document. “IBM brings this lawsuit to protect valuable intellectual property that is critical to IBM’s powerful and innovative mainframe systems and that has been stolen by Micro Focus”, the document reads. “Micro Focus made the willful decision to copy and steal IBM’s software in violation of copyright law.”

“Moreover, Micro Focus entered into contracts with IBM to benefit from IBM’s developer programs and get access to IBM’s technology, and then purposefully breached the terms of those agreements to suit Micro Focus’s own ends.“

IBM claimed that copying and reverse engineering significantly reduced Micro Focus’s development time and costs. They added that Micro Focus abused its status as an IBM developer by exploiting its privileged access to IBM mainframe systems technology to create their own software. 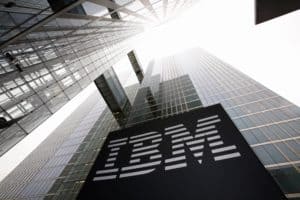