The acquisition will result in the company’s headquarters moving from Switzerland to the US. A new management team will also be appointed after the acquisition.

“It’s rare to find a company of this size that still has a huge amount of room in terms of growth potential,” said Mike Triplett, one of the managing directors of Insight Partners. Triplett is also part of Veeam’s board of directors. According to Forbes, Triplett will be joined on the board by two other directors of Insight Partners. In addition, Nick Ayers, the former Chief of Staff of Vice President Mike Pence of the U.S., will also join Triplett.

Veeam co-founder Ratmir Timashev said at a Veeam conference in 2018 Forbes said there is “no reason” to sell the company. The company is now going through what Timashev calls “act two”: winning the battle in the hybrid cloud market. “When there’s a new market, you only have two or three years to win that market,” Timashev says. “I always use the analogy of iPhones—once you create the iPhone, then you will dominate that market for the next five, 10 or 15 years.”

Winning that battle is the reason to become an American company. Veeam is the market leader in the EMEA region, according to a 2018 IDC report, with approximately 55% of revenues coming from Europe. However, only 30% of the revenue comes from North America. “We started the company around the 2007 financial crisis, so we decided to be very conservative for North America and we underinvested in terms of sales and marketing,” Timashev said. So with the new acquisition by Insight, the American market should be conquered. 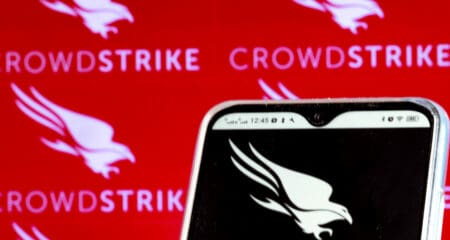 Bullit Group has started a partnership with MediaTek to launch the world’s first smartphone to include two-...