Google has announced plans for a major expansion in New York. The company will invest more than a billion dollars as part of a broader plan that could double the number of employees in New York over the next decade. That’s what Venturebeat reports.

Alphabet’s subsidiary claims to have signed leases for 315 and 345 Hudson Street in Manhattan. It also has a letter containing plans to take over the neighbouring building on 550 Washington Street. At the moment, the company already has a building on Eight Avenue. The Chelsea Art Deco building was purchased in 2010 for $1.8 billion. However, Google moved to the Big Apple in 2000.

The new campus is called Google Hudson Square. The campus is to house the New York Global Business Organization. Earlier this year, the company bought the Chelsea Market for $2.4 billion. Together with this expansion, the number of employees in New York is to be increased from 7,000 to 14,000.

Amazon also announced earlier this year that it would be setting up a branch in New York. It’s a second headquarters split between New York and Washington D.C. And Apple has also unveiled plans to open a new campus, even if it’s in Austin, Texas.

This makes it clear that the large tech companies want to expand further, in addition to their large offices in the west of the United States. One of the reasons for this is that more people can be hired as a result. Those people may not want to move to California or Seattle, so they’re being looked up now.

“New York remains a great source of diverse world-class talents. That’s what Google brought to the city in 2000 and that’s what keeps us there,” says Ruth Porat, SVP and CFO of Google and Alphabet. The new campus of 1.5 million square metres should open in 2020. 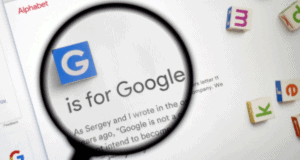