Google released the second Android 13 Developer Preview. The version offers more functionality for security and privacy, as well as a better user experience.

To illustrate: notification permissions have been adjusted. Apps on Android 13 must ask permission from end users before issuing notifications. Currently, notifications can be enabled by default, resulting in spam.

Additionally, apps can remove permissions that are no longer needed. Think of camera, microphone and location access, which can now be removed at any stage in the app’s lifecycle. This allows developers to proactively protect user privacy.

In terms of user experience, support for Bluetooth Low Energy Audio has been addressed. A new tool makes it possible to broadcast and share audio with others. Also, the new MIDI 2.0 standard was implemented.

Google plans to release several more previews in the coming months. The final version of Android 13 is expected between July and September. 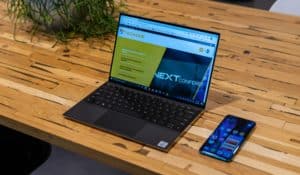