2023 will be a challenging year for CIOs, according to analysts at Gartner. The organization presented a survey on the work and future of IT decision-makers at its IT Symposium in Barcelona.

“The pressure on CIOs to deliver digital dividends is higher than ever”, said Daniel Sanchez-Reina, VP Analyst at Gartner. The organization surveyed more than 2,000 IT decision-makers for a study on the role and expectations of CIOs.

IT decision-makers are in a tough spot. While executives and shareholders expect more and more digital growth, the IT budgets of CIOs are on the decline.

Gartner expects a global inflation rate of 6.5 percent in 2023. The average CIO in the EMEA region expects his or her IT budgets to increase by 4.4 percent. CIOs will need to deliver more performance with fewer assets in the coming year.

At the same time, CIOs are tasked with meeting the expectations of a growing number of stakeholders. Today, an organization’s IT strategy is relevant for every department. It should come as no surprise that 94 percent of EMEA companies struggle to find a central digital vision.

“We have the chief marketing officer, chief sales officer, chief financial officer and other C-level executives competing with each other in delivering digital transformation”, Sanchez-Reina described. “The lack of a unified digital strategy is consuming the CIO’s resources.”

Every man for himself

Individualism causes departments to work toward separate goals without considering the interests of the entire organization. “For example, each business unit carries out their own initiatives to improve customer experience”, Sanchez-Reina explained. “They are not aligned to a common business result, such as increasing sales by a certain target”

Gartner suggests a solution. “Every single business unit needs to have their own metric that contributes to the same business result”, the organization stated. The latter is easier said than done. Some CIOs are powerless, as major adjustments require the backing of the entire board.

Experts have argued that CIOs deserve a larger role in the boardroom for years, but change is slow. Like Gartner, we expect 2023 to be a challenging year.

Tip: Noname CTO: “Security will never be more important than the business.” 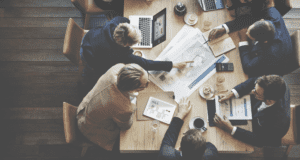 Lenovo indicates substantive increase in the responsibilities of CIOs 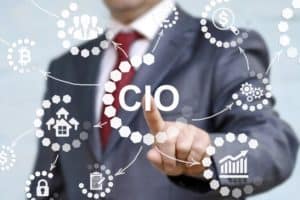 The CIO of the future drives the customer journey