Startup Automation Anywhere laid off hundreds of employees after the demand for its products dropped.

According to Axios, up to 10 percent of the workforce could be affected by the layoffs. The company said it was adapting to the increased demand for cloud services. This demand arose after people were forced to work from home due to ongoing measures to stop the spread of the coronavirus.

The layoffs came as a surprise as previous comments from Automation Anywhere suggested the company was benefiting from the corona pandemic. In a recent interview with Business Insider, Chief Executive Officer Mihir Sukla said that interest in the company’s products had increased ‘significantly’ since the beginning of the outbreak.

According to Dayna Fried, Automation Anywhere’s senior communications director, the company is allocating new resources to key growth markets such as cloud and hybrid cloud. “Many companies are using our cloud and hybrid cloud options to manage the variability in their business and to respond more quickly to a future crisis or even prevent one from happening at all.”

Automation Anywhere sells software that helps automate everyday and repetitive computing tasks, also known as Robotic Process Automation (RPA). The platform uses machine learning to do this efficiently. The software observes how employees perform specific actions and teaches the workflow to replicate these. The company provides both core features as additional capabilities such as analytics that make the technology easier to use.

Tip: Robotic Process Automation (RPA) is booming, but what can you do with it? 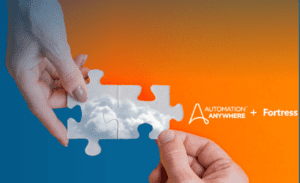 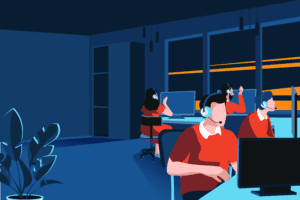