Amazon is reportedly in negotiations about a potential acquisition of the American startup Zoox that specialises in autonomous vehicles.

According to Bloomberg, Amazon plans on using the acquisition to further automate its distribution. For example, self-driving cars could play a role in delivering parcels. Accordding to the report, Amazon is willing to pay 1.1 billion dollars (1 billion euros) for Zoox. Amazon is not the only company interested in the company.

After an investment round in 2018, Zoox was valued was at 3.2 billion dollars (2.9 billion euros). Internal problems in 2018 have resulted in the layoff of former director Tim Kentley-Klay and the current corona crisis also has a major impact on the company’s financial position. Last month, Zoox had to lay off a hundred employees.

Zoox combines three major trends in the automotive industry in one business model: electric cars, autonomous driving and taxi applications. In Kentley-Klay’s original vision, electric robotic taxis drove people to their destinations. Zoox has a car fleet of modified Toyota Highlanders, but the startup also developed a fully autonomous car without a steering wheel and pedals.

It’s not the first time Amazon invested in the automotive industry. The company previously assembled a team that is working on self-driving technology. The goal is to develop autonomous vans that can deliver parcels. Amazon also invested 500 million dollars (454 million euros) in Aurora last year. This startup specialises in self-driving cars and is a direct competitor of Zoox. Then there is Rivian, a competitor to Tesla, which received an investment from Amazon of 700 million dollars (636 million euros).

Amazon has invested a lot in automotive, but without any big results. Maybe the company will now take a bigger and more serious approach by acquiring Zoox. 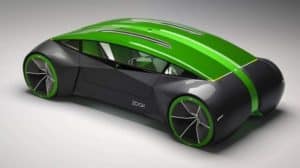