Britain announced plans for new regulations and 100 million pounds (approx. $119 million) in financing on Friday to have self-driving vehicles on the roads by 2025.

The government stated that it wished to capitalize on the burgeoning market for self-driving vehicles, which it appraised at 42 billion pounds and projected could generate 38,000 job opportunities.

Transport Secretary Grant Shapps said that the UK government wants to pioneer the development and capitalization of this new technology. That ambition, Shapps added, is why the UK is spending millions on crucial safety research and setting the regulations to guarantee it receives the full advantages that this technology will deliver.

Although some self-driving vehicles may be permitted on major highways by next year, Friday’s declaration also laid the groundwork for a broader rollout, encompassing public transportation and delivery trucks.

The financing package includes 35 million pounds for safety studies, contributing to new regulations scheduled to go into effect by 2025.

Around $24 million of the total funding would launch commercial self-driving services, including autonomous grocery delivery or airport transportation pods. Approximately $7 million will be allocated to market research and commercialization.

According to a government statement, the law would stipulate that manufacturers are accountable for the vehicle’s activities during self-driving. That means a human driver would not be accountable for accidents linked to driving when the technology is driving.

This distinction might set a precedent worldwide since culpability in the case of autonomous car accidents is still relatively ambiguous. When a pedestrian was killed by an autonomous Uber test car in 2017, the human safety operator in the vehicle was charged with negligent murder with a hazardous instrument. Uber was not charged.

And, following a fatal collision involving a Tesla vehicle in Autopilot mode in 2019, the driver, not Tesla, was faced with two felony counts of vehicular manslaughter with gross negligence. 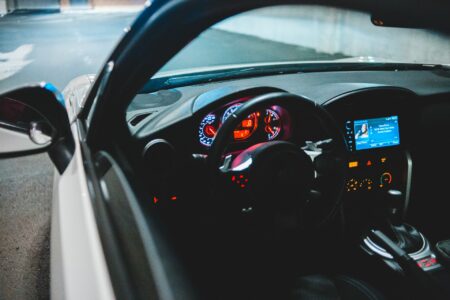