Almost all countries in the European Union are lagging behind with the implementation of new rules for the European telecom sector. The deadline for this expired in December 2020.

At the end of 2018, new rules for the European telecom sector took effect. Member States were then given two years to implement them. Of those Member States, only Greece, Hungary and Finland have actually done so. The 24 remaining countries are lagging behind. Therefore, the EU has sent letters of formal notice to all these countries this week. The countries have two weeks to respond to the call.

The new rules are intended to modernise the European regulation of electronic communication. They give consumers more rights when choosing internet and telephone services and should ensure clearer contracts and better service.

With the new rules, the EU hopes to come a step closer to the European gigabit society. This states that by 2025 all households in Europe should have access to an internet connection of at least 100 Mbit/s, with the possibility of much higher speeds. All important centres, such as schools, transport hubs and hospitals must have access to a gigabit connection. Furthermore, all urban areas and major roads and infrastructure should have 5G coverage.

Tip: Apple CEO: Europe is behind on 5G coverage 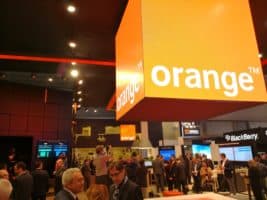