Telecom Italia is taking the steps required to respond to a $38 billion (€34 billion) buyout offer from US investment company KKR. According to sources from Reuters, Telecom Italia has enlisted the help of banks to draw up business plans to follow up on KKR’s interest.

The organization is unable to act upon the offer without support from its board of directors. Telecom Italia’s biggest shareholder, Vivendi, responded by stating that KKR’s valuation of Telecom Italia doesn’t reflect its value.

In hopes of assessing and improving KKR’s valuation, Vivendi and other shareholders requested full access to Telecom Italia’s data. Belief in the organization is at an all-time low following a year of quarterly losses and the removal of former CEO Luigi Gubitosi, who was ousted as a result of shareholder distrust.

Telecom Italia’s shareholders are using the data to formulate a three-year plan to boost the organization’s value, thereby increasing the gain of a possible buyout by KKR. Reuters’ sources report that the plan consists of splitting off business segments, including its key network business.

Telecom Italia’s board will meet on January 26 to discuss the guidelines of the plan. Reuters’ sources expect the board’s approval, paving the way for a future buyout by KKR. 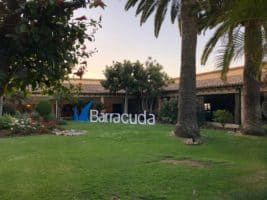