Vodafone and Altice want to construct a €7 billion optical fibre network in Germany. The partners are stepping up the competition with Deutsche Telekom, one of Germany’s biggest optical fibre providers.

As part of the plan, Vodafone and Altice will found a new company dubbed FibreCo. The planned network could connect up to seven million German households. According to the plan, construction will take place over the next six years. The project is expected to cost €7 billion.

Construction cant’ start without the approval of German telecom regulators. The partners expect the green light in the first half of 2023. Vodafone and Altice each want a share of 50 percent in the new company.

Vodafone and Altice’s network will become available to seven million German households after a six-year construction phase. The partners did not disclose how many households are currently customers of Deutsche Telekom, but Vodafone and Altice may very well seize a significant market share.

“This partnership builds on Vodafone’s significant next-generation network with Altice’s industrial expertise and proven fibre-to-the-home construction capabilities”, said Nick Read, CEO of Vodafone. Read is under pressure from shareholders. Vodafone’s share price has been steadily declining over the past few years. By expanding in the German market, the provider hopes to secure recurring revenue. 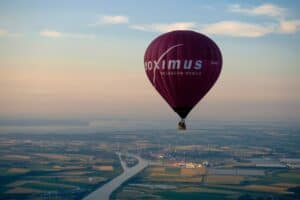