Amazon invests in startups and subsequently uses the collected information to release competing products, according to a new study by The Wall Street Journal. The research cites dozens of examples of Amazon’s methods.

The Wall Street Journal spoke to numerous startups, investors and advisors who all said Amazon released new, similar products after Amazon had met with or invested in their companies. The research showed that the smaller companies often didn’t stand a chance in competing with Amazon.

The American company LivingSocial told The Wall Street Journal that the working relationship with Amazon immediately deteriorated after Amazon acquired 30 percent of the company. The company consistently requested data, hired the company’s employees and contacted LivingSocial customers to offer them better deals.

Investors of the Alexa Fund, Amazon’s venture capital fund for AI, IoT and voice technology, bought a stake in the startup Nucleus. This startup makes video communication equipment to use at home. Eight months after Alexa Fund gained access to the startup’s plans, Amazon introduced the new Echo Show with Alexa support and a large video screen. After this, Nucleus barely sold any devices, and since then, the startup only focuses on developing healthcare equipment. Amazon later settled with Nucleus for 5 million dollars (4.3 million euros), but Amazon did not admit any wrongdoing.

Amazon told Business Insider that the company does not use confidential information of companies to make their own products. “For 26 years, we’ve pioneered many features, products, and even whole new categories. From Amazon.com itself to Kindle to Echo to AWS, few companies can claim a track record for innovation that rivals Amazon’s”, according to an Amazon spokesperson. “Unfortunately, there will always be self-interested parties who complain rather than build. Any legitimate disputes about intellectual property ownership are rightly resolved in the courts.”

This investigation is released at a very unfortunate time for Amazon. The company is currently facing an investigation into potentially anti-competitive behaviour. The Federal Trade Commission is looking into hundreds of acquisitions by Amazon and other tech companies to determine whether they have obtained unfair advantages by purchasing emerging competitors. 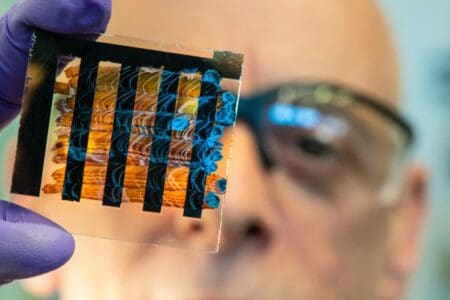