Meta has responded to concerns of Germany’s antitrust office by allowing customers to use virtual reality headsets without a Facebook account.

The antitrust office has been keeping a close eye on Meta since May, when it declared the tech giant to be of “paramount significance for competition across markets”. Designating Meta as such provides the regulator more leeway in limiting the tech giant’s market dominance.

Earlier this year, the antitrust office objected to Meta requiring customers of its virtual reality headsets to use a Facebook account.

On Wednesday, the antitrust office announced that Meta has addressed the concerns by allowing its virtual reality headsets to be used without a Facebook account, paving the way for the launch of its Quest 2 headset in Germany. The change applies to the Quest Pro model as well.

Keeping an eye out

Even though Meta has now made the headset available to users without a Facebook or Instagram account, the German regulator said it would continue to examine the designs and concerns related to Meta’s gathering and processing of customer data.

Recently, Meta fired more than 11,000 people (13 percent of its workforce) amid an advertising market slump and record levels of inflation.

Like its counterparts, Meta actively recruited employees during the pandemic to match an increase in social media usage by quarantined consumers. However, this year, the tech giant has been struggling as advertisers and consumers cut spending in the face of rising interest rates and inflation.

Meta, which was once worth more than $1 trillion, is now valued at $256 billion, having lost more than 70 percent of its value in 2022 alone. 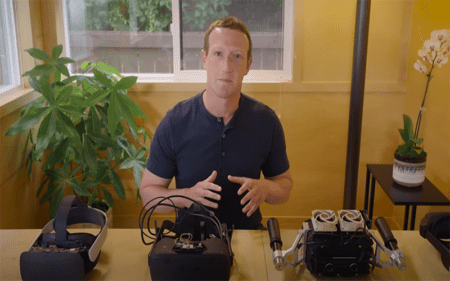