McAfee Labs reports that a new type of malware has been found that works as a cryptographic mineral. The malware bears the name WebCobra and takes over his victim’s device. Then it starts with cryptographic currency mining, including zcash and monero. Of course, the earnings go to the hackers.

The two crypt currencies are very suitable for hackers. Both monero and zcash are designed to maximize the privacy of the owner. This means that transaction data is encrypted and that attackers cannot be traced for this reason. Monero has also been designed to be low on impact, making it easier for people who take over CPU and GPU to maximize revenue without the victims noticing.

Despite the fact that WebCobra is basically very similar to similar miners, the attack takes place slightly differently. Depending on the architecture of the hacked device, WebCobra can choose a different way of thinking. For example, x86 systems will mince monero with the Cryptonight-miner, where the malware forces x64 systems to mince zcash with the Claymore-miner.

The malware is therefore difficult to find. There are few indications of a hack, although reduced system performance is one. Once a system is hacked, a malware app runs in the background and there’s only one sign for it: poor performance, McAfee writes in a statement.

Because the malware constantly and intensively uses the hacked system, victims’ energy bills are usually higher than expected. That’s also a sign of infection with the malware. A well-functioning and up-to-date virus scanner can help to find the malware and prevent it from having any effect. 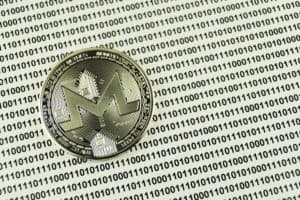