Thales, a major French defence and technology group, announced that criminal group LockBit 3.0 claims to have stolen some of its data and threatens to publish it.

Thales noted it had not received a formal ransom demand at the time of its announcement. The company said LockBit 3.0 announced plans to release the data on the dark web on November 7.

A Thales official said that the organization has opened an internal investigation and informed France’s national cybersecurity agency. A police report had not been filed at the time. The official added that the hackers had not provided proof of any Thales data being compromised.

Thales made news earlier this year when the group announced that it had reached an agreement with Sonae Investment Management to buy cybersecurity firms S21sec and Excellium for €120 million. 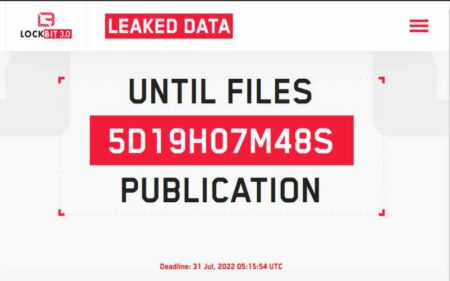