Here you will find all the articles with the tag: advertising tech.

An internal memo boasts of having "slowed down" the EU regulatory process. A lawsuit brought by Texas with 11 other states alleges that Google abused its dominance of the sophisticated technology that delivers ads to consumers online. The legal papers the states filed last week provide a behind-... Read more

Margrethe Vestager, Europe’s antitrust chief, has warned Apple to give equal treatment to all apps on its platform. This comes after the company introduced new privacy changes that have attracted accusations of anti-competitive practices from rival Facebook. Apple will ask iPhone users for con... Read more

HubSpot, the marketing software company, is acquiring The Hustle, a tech media startup that publishes a newsletter of the same name. The news was first reported by Axios, which also valued the startup at $27 million. HubSpot did not offer any comments about what the deal was worth. In a tweet ab... Read more 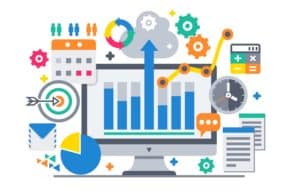 Brands want more and better information about their target markets. Just this week, Twilio bought the customer data startup Segment for a reported $3.2 billion. Google is no different than any other company in the same space. Yesterday, it announced a slew of updates to Google Analytics to help ... Read more