Here you will find all the articles with the tag: Android 12L. 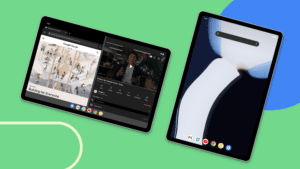 Google LLC announces the release of a new update for its Android tablet-optimized mobile operating system. Android 12L is currently available as a "feature drop" for Google's Pixel phones and will soon be available on tablets and foldable devices from Samsung, Lenovo, and Microsoft. The most ... Read more

The new Android 12L marks a new focus on larger screen devices. Google's Android Dev Summit 2021 started this week, with a focus on helping developers to build better apps across devices. The Android team is expanding its collection of development tools by bringing Material You to J... Read more