Here you will find all the articles with the tag: Bosch. 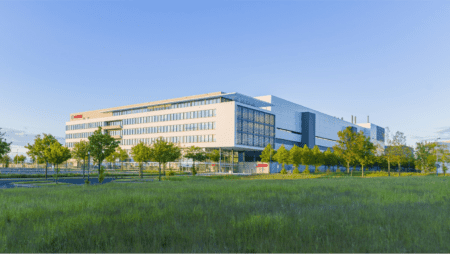 Bosch revealed that it intends to construct two €170 million development centers in Reutlingen and Dresden at the Bosch Tech Day 2022. The German engineering and technology company will increase its manufacturing capacity by adding 3,000 square meters of clean-room space to its Dresden wafer fab.... Read more

With an acquisition, Bosch is extending its expertise in autonomous driving and boosting its market position. Atlatec, situated in Karlsruhe, Germany, will become part of the Bosch Cross-Domain Computing Solutions division but operate independently.   Atlatec is a leading producer of high-reso... Read more

Bosch set to invest over 400 million Euros in chip production

The production investment will be split between Europe and Asia This week Reuters reported that German technology group Robert Bosch plans to invest 400 million euros in microchip production in 2022. The investments are to increase silicon production in Germany and Malaysia. The reason for the ... Read more

The new wafer fab will boost the company’s microelectronics capacity. It will be fully controlled and connected using artificial intelligence. When will it release and how will it work? The new wafer fab by Bosch will be produced in Dresden from July, which is six months earlier than initia... Read more

Bosch and Microsoft partner up on advanced automotive software

Bosch and Microsoft will be working together on a software platform for vehicles. The announcement came on Thursday and is a clear move on the software giant’s part, to get its foot in the door of the growing electromobility and automated driving market. The software platform will use cloud te... Read more

Bosch has unveiled a new LIDAR sensor with a relatively long range, for use on self-propelled cars or other autonomous vehicles. The sensor is specifically designed to be used on highways, as well as in cities, over short and medium distances. “By filling the sensor gap, Bosch is making automa... Read more

Bosch has launched a new cloud-based software service that enables the management and monitoring of the battery life of electric vehicles. In this way, the company hopes to improve battery life. According to Dr. Markus Heyn, member of the board of directors of Robert Bosch GmbH, Bosch's data-driven ... Read more

During the Bosch press conference at the Consumer Electronics Show in Las Vegas, the main focus was on the self-driving car, or self-driving shuttle. In this whole story, an important figure came to the fore. Research has revealed an expectation that next year, there will be 1 million shuttles arou... Read more 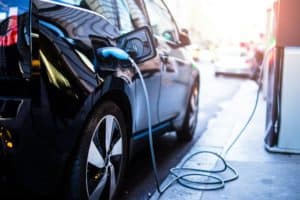 The German car supplier Bosch has announced that they have bought Daimler's share in EM-Motive. It was a joint venture designed to build engines for both electric and hybrid vehicles. The factory in Hildesheim, Germany, will be expanded. This should meet the growing demand for both electric and Hybr... Read more