Here you will find all the articles with the tag: legislation.

The European Parliament has adopted a new law concerning terrorist content on the Internet. Platforms will have to remove any terrorist content within an hour of being notified. According to the law, providers serving users within the EU must respond within one hour to a notification from the au... Read more

EU parliament bickering over initiative in fight against Big Tech

The European Parliament is wrestling internally with the question of which committee should take the lead in tackling big tech companies within the European Union. The legislative proposal for the regulation of digital platforms may be delayed as a result, according to the Financial Times. Accor... Read more 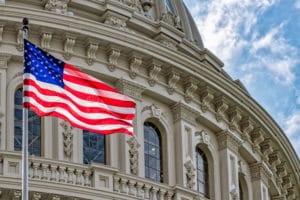 The US Congress has proposed a law that would give publishers in the US the power to negotiate with companies such as Facebook and Google for a possible payment for showing parts of news items. The law is called the Journalism Competition and Preservation Act and is supported by members of both ... Read more 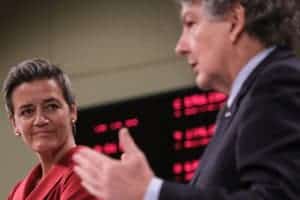 The European Commission's Regulatory Scrutiny Board has approved the EU's proposed rules to limit tech giants' power. Nevertheless, the watchdog has highlighted a couple of shortcomings. According to the Board, the proposal should better justify the identification and selection of core platform ... Read more

EU wants to increase fines on violation of cybersecurity laws

The European Union has increased the number of companies subject to strict cybersecurity rules and increased fines for companies that do not comply with them. When companies ignore the rules, they can expect fines of up to 2 percent of global revenue. Now that a large proportion of Europe's popu... Read more

The EU appears to have decided on the yardsticks by which it will distinguish tech giants who have to comply with stricter legislation. The yardsticks are based on the number of users and the areas in which companies operate. With the criteria, the EU wants to distinguish large technology compan... Read more 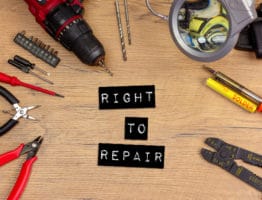 EU votes in favour of Right to Repair rules

Tech giants who oppose the EU's new rules restricting their power can expect to face severe penalties. Large fines or even breaking them up are not out of the question. This was stated by the European Commissioner for Internal Market Thierry Breton. "We start with a fine, then you have a bigger ... Read more