Stripe has managed to raise a total of 600 million dollars (over 500 million euros). According to SiliconAngle, this makes the company, which was founded in 2010, worth 95 billion dollars, or just under 80 billion euros. The company specialises in processing payments on its customers’ websites and a number of related services.

With the Series H investment round, the company wanted to raise money to invest in its activities in Europe. Investors include Allianz X, Axa, Baillie Gifford, Fidelty Management & Research, Sequoia Capital and the National Treasury Management Agency of Ireland.

Airtable is a company that specialises in cloud-based spreadsheets. Airtable’s software allows colleagues to work on the same spreadsheet simultaneously. What makes it special is that the spreadsheets can not only handle numbers, text and formulas, but also all kinds of other data.

The company, founded in 2012, raised 270 million dollars (227 million euros) during an investment round. The company is now worth 5.77 billion dollars (4.85 billion euros), according to SiliconAngle. Groonoaks Capital, WndrCo, Caffeinated Capital, CRV and Thrive Capital have all contributed.

Patsnap focuses on data insights based on artificial intelligence. Founded in 2007, PatSnap’s software specialises in scouring through intellectual property to support product research. The software can also dig through thousands of knowledge bases to validate ideas and predict market trends.

Genesis Global Technology builds a low-code application platform for financial markets. This allows Genesis customers to create new software for their platforms in no time at all. According to SiliconAngle, this requires less code to be written and reduces costs.

The 2012 start-up raised 45 million dollars (38 million euros) in its Series B investment round. The investors include Accel, GV, Salesforce Ventures, Citi, Illuminate Financial and Tribeca Early State Partners. This brings the total investment to just under 50 million dollars. 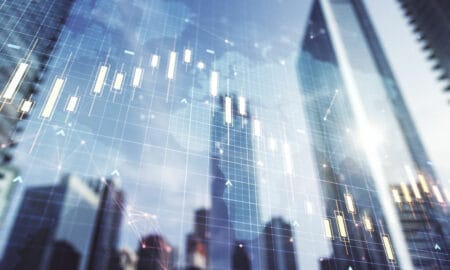